Let’s be real here. It’s no secret that during the past few years, Blizzard’s behemoth of the MMO industry has slipped from favour. Aside from the apparently never-ending company controversies, World of Warcraft has made a lot of dubious choices in recent expansions that have angered fans to no end. Since Legion, much of the late game has consisted of arbitrary borrowed power systems and grindy currencies related to player power. Players departed in droves during Shadowlands for rivals like Final Fantasy XIV because they had had enough letdowns . As a result, World of Warcraft: Dragonflight, Blizzard’s most recent expansion, began with chains around its ankles. However, similar to dragon riding in The Dragon Isles, perhaps it had to stumble in order to gather momentum and rise again stronger than before.

The Dragonflight transports players to The Dragon Isles, the ancient home of the dragonflights that had been lost to them for years, a vast realm of Warcraft ready for exploration. In contrast to the foreign and ethereal realm of Shadowlands, this quest is straightforward and rooted in familiarity. Blizzard makes one thing abundantly plain right away: once again, the realm of Azeroth serves as the major character. 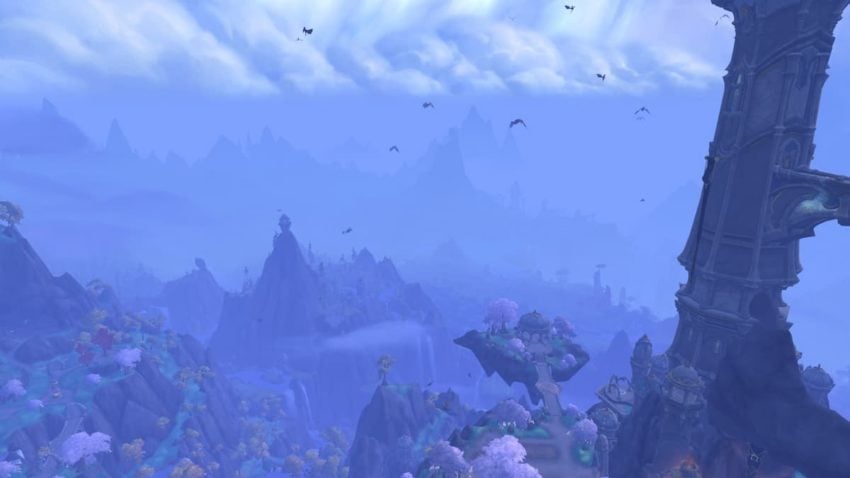 This continent is incredibly large. The Dragon Isles have a lot of personality and have the feel of a rich, finished location. You are met with a stunning panorama that spans for miles as soon as you board the ferry from your capital city to the island’s coastline. Soon after docking, you are released, and that is when the magic truly begins to work.

The Dragon Isles are larger than any other landmass we have explored in Azeroth by at least two times. The most straightforward yet inventive fun ever added to an MMO is when players learn to fly on dragonback early in the quest to traverse the continent. When Blizzard hands you the controls of a flying race vehicle, he’s hoping you won’t mind how slow conventional flying in the older regions will seem in comparison. 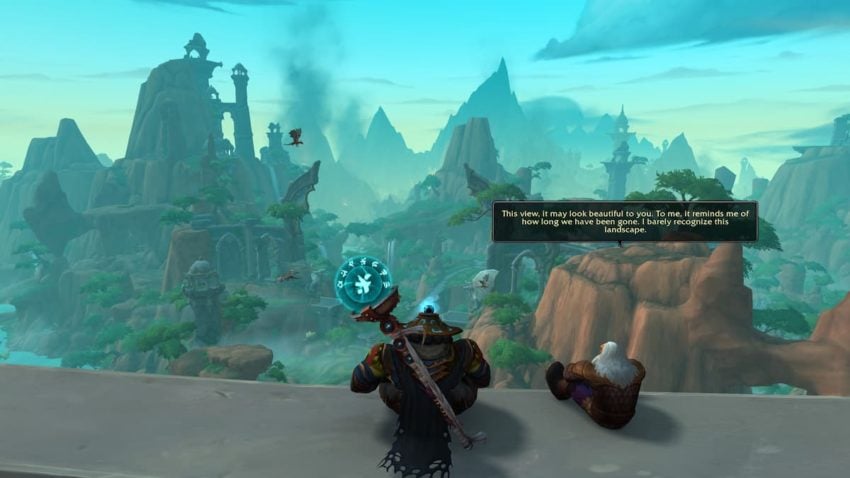 Because these new zones were created by Blizzard with this functionality in mind, there is a tonne of verticality and room to cover while exploring, and boy do they inspire exploration. Although the zones are large, you can’t help but fly around looking for hidden treasures because they may be found in everything from side missions to strange unusual species and events. Each zone also has a tonne of hidden secrets and regions to explore.

Side missions that are vibrant

In World of Warcraft, side quests are typically an afterthought, but in Dragonflight, they are some of the most entertaining features the game has had since its release. Quest hubs are bustling with activity, with Primalist armies ready to wreak havoc and Tuskarr communities going about their daily fishing activities. The newly introduced characters all have wonderful personalities that come through as you assist them. I encountered the complete range of emotions a ludicrous number of times as the tasks developed.

The emotional impact of one early quest, in which a dragon in a dwarf disguise merely asks you to sit down next to him and listen to him talk about his life and what it means to return to the islands, is actually being amplified by the community. One of the best moments in World of Warcraft history occurred during the quest, which is brilliantly titled “Stay Awhile and Listen.” It is obvious that the story’s presentation was important to the developers.

When a player reaches the endgame, the globe map is completely filled with activities to engage in, all of which respect the player’s time. There is no arbitrary currency to accumulate in order to remain relevant, and while every action has a reward, none of them is required. Instead of feeling like chores like in the past, these activities are just plain enjoyable. Additionally, they are weekly or biweekly to offer the gamer a slower pace to absorb everything.

Many of these activities inspire local gamers to cooperate as well. Players can compete against one another in dragon riding contests or work together to aid the Tuskarr in making a soup that benefits everyone in the zone. Of course, gamers who prefer to kill one another can activate War Mode and engage in world quests that demand combat in particular locations in exchange for rewards. Each zone can work together on something special.

Learning from the past is a significant step in the right direction for Dragonflight. According to Blizzard, the main focus of the expansion’s design was to respect players’ time and provide them with enjoyable activities in their familiar home of Azeroth. The groundwork has been laid, and the outcome is unquestionably successful. Now that dragon riding is a reality, there is no turning back, and the game world of Azeroth has benefited as a result. Now that Dragonflight is available, no other MMO seems as fun to explore and navigate. We can only hope that Blizzard keeps reaching new heights while never forgetting the painful lessons learned from disregarding players’ time.