As we all know, the most popular JoJo’s Bizarre Adventure comic series served as the basis for Roblox Stands Awakening. There are numerous available Stands and Specs in this game that can render you unbeatable. Speaking about Spec, many players in Stands Awakening are trying to find the Sans but are unsuccessful. That’s because it’s challenging to acquire this new spec. Sans has a number of skills, and one of his best qualities is that he is immune to knockbacks and stuns. Sans is also becoming well-known for its incredible death animation and variety of distinctive actions. So, if you’re interested in getting this Spec in the game as well, read the article below and you’ll be all set.

In Stands Awakening, how do you unlock Sans Spec?

It’s not that simple to get the Sans Spec in Stands Awakening; you have to meet a few prerequisites.

Gathering 3 Bones and 1 Red Heart will be your first task. Also keep in mind that it’s hard to find these brand-new things.

Every hour on the map, bones have a 1/4 chance of spawning.
Every 30 minutes, Red Hearts have a 1/50 chance to spawn on the map.
When you have all the necessary materials, store them in your bank.
Simply talk to Sally when you’ve finished gathering the item, who is located next to the waterfall.
And you’ll receive 2 missions to accomplish after speaking with the NPC.
Sans Crimson Alternative Universe: Kill 25 players (SCAU)
Sans Crimson does 25,000 damage.

You must use an arrow to retrieve King Crimson Alternate Universe in order to finish the first quest. It can take some time since there are very few opportunities to obtain King Crimson AU via arrow.
Use a Bone on King Crimson AU once you’ve obtained it to gain Sans Crimson AU (SCAU).

After that, go to finish the tasks by eliminating 25 opponents on the public server.
Also remember that killing the same guy repeatedly will not count, so make an effort to kill various players.
Let’s go on to the second mission after finishing the previous one.
In the second mission, the player must use two frogs on Doppio to obtain King Crimson.
You must use one of the Bones to get Sans Crimson after you have captured him.
Go ahead and hit Real Players in the Public Server to finish the 25,000 damage quest.

You must visit Sally and speak with her once more after finishing all the chores.
When you’re done interacting with her, click the quest menu’s “Complete” button to get the Blue Heart from her.
Additionally, you can immediately obtain the Sans Spec by using the Blue Heart in a Standless condition after it has been saved in your bank. 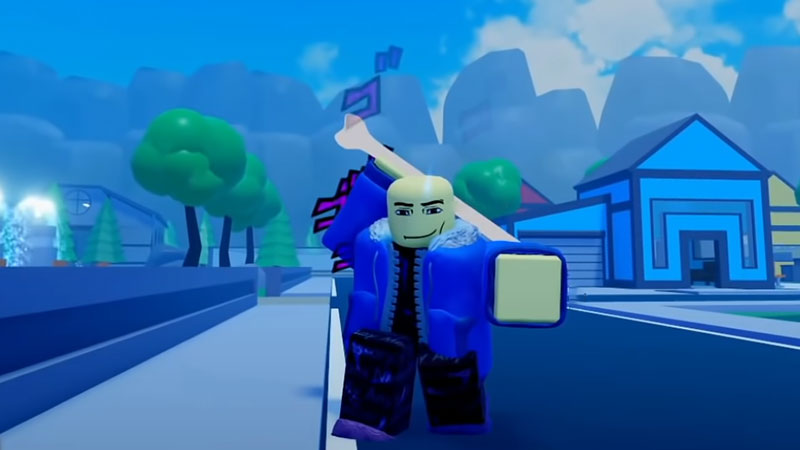 You won’t obtain Sans if you complete any of these quests on a private server.

All you have to do to get the Sans spec in Stands Awakening is this.

How can Sans King Crimson be brought to the stage?

How to acquire. King Crimson can be acquired via trading or by using a Frog on King Crimson (Doppio 2 Arm), both of which have an 80% chance of working. Oreo King Crimson and Manga King Crimson are two of its shiny options, each with a 10% probability.

Where can I buy Sans Crimson?

What stands in Stands Awakening are the strongest?

Star Platinum: The World is, in our opinion, the strongest stand in Stands Awakening. Although not the most uncommon stand in the game, its astonishingly low chance of dropping from arrows—1%—makes it exceedingly difficult to obtain.

Where is Sally waking up in the stands?

Information. Sad Sally is an NPC with no current usage who was added with the release of Stands Awakening. “Sally but she saw terrifying thing and is now sobbing,” is what Sad Sally’s “display name” reads. At a small shed in the top right corner of the map, Sad Sally can be seen sobbing.

How uncommon is the shadow world?

According to the Value Tier List, Shadow The World is also known as an A Tier and an Awakened rarity. It is in the same tier as Dio’s The World and Dio’s The World (OVA), which indicates that the community has very high expectations for this stand.