The game’s global update opened up new areas, objectives, and resources. Vitalys crystals, which are hard to come by yet crucial later in the game, are one of the resources that players aim to obtain from the game. Are you interested in learning where the Vitalys Crystals are located in Disney Dreamlight Valley? then finish

Where in Disney Dreamlight Valley can I find Vitalys Crystals?

Vitalys Crystals are obtained from the Vitalys mines, which are situated at the river’s mouth in the Sunlit plateau region. Once you begin the Scar’s quest or after spending 7000 Dreamlight, this destination will be unlocked.
When you first enter the mine and look around, you’ll see some unusual-looking Glowing Black rocks with Bluish Turquoise fractures.
To get Vitalys Crystals, use a pickaxe to break such rocks. When you smash the rocks, you occasionally might only find one crystal. Bring a partner with a mining role so you can benefit from earning an extra crystal every time you shatter a rock because they are scarce and take time to respawn in the cave. 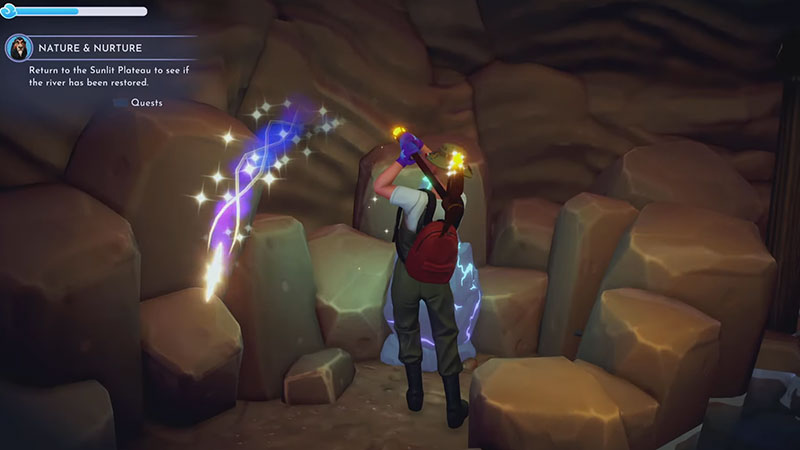 Miracle Growth Elixirs and Even More Miraculous Growth Elixirs cannot be made without Vitalys Crystals. It is advisable to bring a character with a mining role because making elixirs requires ten of them. Although they may not be helpful at the beginning of the game, these crystals are important for Scar’s quest.

You might also come across minerals like coal ores, iron ore, and gold nuggets in addition to these crystals.

That is everything there is to know about Vitalys Crystal locations in Disney Dreamlight Valley.