There are numerous sub-events in the Graven Innocence, the main event of Genshin. One such Genshin sub-event is Roaming the Jungle, which features a number of missions such as Snapshots, Behemoth Observation, Grove Dash, Braving the Elements, etc. These missions also have goals that must be met in order to get awards and other goodies. The Animal Behaviour sub-task can be found in the third stage of the Snapshots quest. Photographs of animals like the Shaggy Sumpter Beast, Spinocrocodiles, and Rishboland Tigers are required in this. Although we’ve emphasised a few crucial ideas in this article that will enable you to capture images of Rishboland Tigers playing with their tails and cleaning their faces in Genshin Impact.

How to Take Pictures of Rishboland in Genshin Impact

According to legend, Rishboland Tigers are territorial animals that never leave their home. They are regarded as the king of the woods and constantly saunter about to fend off invaders. This creature usually washes its face and plays with its own tail to clean itself while it isn’t out hunting. Take pictures of this Tiger while remembering the following:

The Rishboland Tiger is situated in Genshin Impact, on the western side of Sumeru City.
To begin taking images, equip an Exquisite Kamera and hit the Z key. 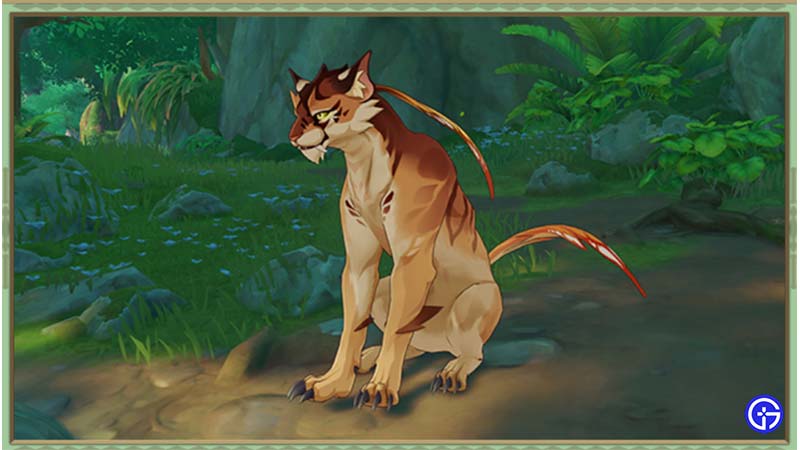 To wash its face, wait till it is close to a lake or river. To use the camera lens, press the Z key, then enter to take a photo.
It will play with its own tail at a later time. Pay close attention, then click the image by pressing the Enter key one more.
Additionally, you need to click a second picture of the Rishboland Tiger attacking.
So, simply launch an attack and wait for the creature to retaliate. Now, avoid the attack and quickly take a picture.

So, simply launch an attack and wait for the creature to retaliate. Now, avoid the attack and quickly take a picture.
You will receive 200x Whimsical Draft, 20,000x Mora, and 2x Guide to Praxis for completing this mission.

Explained Where To Get – Genshin Impact Padisarah – August 2022