MultiVersus is an entertaining action-platform video game with a cast of well-known characters with more on the way. Batman, Arya Stark, Shaggy, and more characters are among these. But despite the platformer game’s growing popularity, there are still flaws and problems. The tutorial for Knockback Influence (KBI) is one of these problems. Players never succeed in finishing this tutorial, no matter how many times they try. Not to fear, we’ve got a guide that will help you resolve the MultiVersus KBI instructional problem.

One of the last in-game tutorials in the game is called Knockback Influence or KBI Tutorial. Players are given advice in this video on how to avoid being thrown off the platform or arena. As they play Wonder Woman, players are pitted against her. However, as players progress through the tutorial and adhere to all of the requirements, the Princess of Amazon continually yells at them. That’s because her shield-bash attack has been risen to 100 because to certain balance changes in the most recent update. 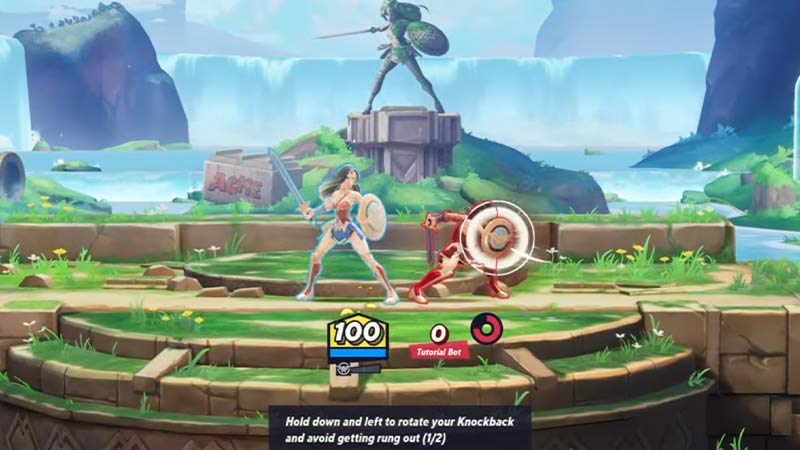 There is a method, a loophole, to get through this instruction. In order to fix the KBI instruction for Console Players, follow these steps:

Continue to follow the directions as they are displayed in the lesson.
Hold the analogue stick in the bottom-left direction to control Wonder Woman’s Shield-Bash attack.
Press the PS button or the Guide (Xbox) button while keeping it depressed.
However, you must time and carry out this solution correctly.

When Wonder Woman’s Shield-Bash animation has finished, you must do this.
Hold the analogue stick while you press the home screen button as soon as you notice white sparkles coming from her shield.
Hopefully, this will end the tutorial and resolve your problem.

PC gamers may easily complete the KBI tutorial, just like console gamers can.
All you have to do is press Alt + Tab while holding down the left directional key.
But be careful to use this exploit after half of Wonder Woman’s animation has finished.
However, if the aforementioned workarounds didn’t resolve the problem, we advise waiting for a developer update or patch.

That covers every aspect of how to resolve the KBI tutorial problem in MultiVersus. Check out our other guides if you enjoyed this one.