It will be clear from the start of your first match that Call of Duty: Modern Warfare 2 is not only a redesigned version of the series’ standard offering. The series has long taken pride in its arcade-style gameplay, which has the goal of giving players the impression that they are super soldiers with superhuman speed and lock-on aim. For the first time in the history of the series, the most recent instalment completely rejects this idea in favour of evolving into a grimy, tactical shooter that only retains traces of its predecessors’ qualities to serve as evidence that it is a mainline product. The outcome is a satisfying change of pace at the expense of the franchise’s most cherished and basic characteristics.

Gameplay designed for the patient and strategic

The modifications made to the regular gameplay mechanics in Modern Warfare 2 will gratify those who have wished for Call of Duty to be more realistic. In gunfights, the most obvious shift can be seen. Every gun you use has the potential to outperform your opponent’s, whether it be a recently unlocked pistol or an SMG with a variety of attachments. This is primarily owing to weapons having more realistic bullet damage than in prior games, since any player can be quickly taken out by one headshot or a few shots to the body. Even the player’s movement reflects the emphasis on realism. You are heavier on your feet than in 2019’s Modern Warfare, and after a variety of weapon attachments are used, even more weight will be added.

These adjustments can seem like small ones, but they have a big impact on how players approach each game. Slowing down movement makes it more simpler to capture aggressive gunners, while those hiding in crevices can benefit from the low times-to-kill and wait for foes to pass by. The gameplay adjustments ultimately promote scanning every corner and systematically using vantage spots, which culminates in a level of strategy that seasoned veterans will not be used to. Although a significant change from its predecessor, outsmarting adversaries and effectively collaborating with colleagues was really more enjoyable than anticipated. It’s true that there were instances when I just wanted to head to the opposite ends of maps. Although the initial results were unkind, I ultimately discovered where my enemies would likely be in subsequent matches.

Every weapon in the multiplayer features a variety of realistic behaviours, for better or worse. Unlocking a brand-new pistol and finding that it handles and makes sounds from its muzzle very differently from the other 54 is a nice surprise. I became more eager to level up and explore the game’s other features after coming across this degree of depth. However, the traits they mimic from their real-life counterparts do lessen the enjoyment. A few base guns have such slow aim-down sights and rampant gun kick that no particular mix of attachments can make them seem potent. They still accomplish specific range eliminations for a single objective, but hoping for an all-around powerhouse by grinding through weapon levels may leave you disappointed.

Call of Duty has relied on enduring modes like Domination, Team Deathmatch, and Search and Destroy for almost 20 years to keep fans intrigued. Modern Warfare 2 is the first game in a while that shines brightest with its new and redesigned modes, despite the fact that they continue to stand up and fit nicely with this tactical style of gameplay. For starters, Ground War has advanced significantly, offering 64-player battlefields with a broad range of tanks, automobiles, helicopters, and boats. The level of detail put into each of its five enormous maps is what most impressed me. This particularly stands out Sariff Bay, a sizable beachside area that offers players the chance to bathe in its waves, engage in sneaky gameplay there, or see adversaries from one of the many roofs in its city. Player freedom is overall provided by the mode, which is uncommon in most current-generation first-person shooters. 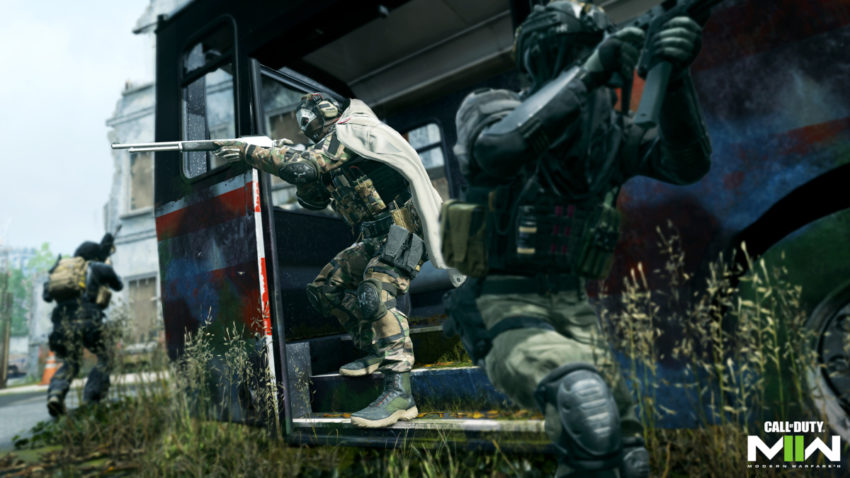 For 6v6 play, there are even two intriguing new game modes: Prisoner Rescue and Knock Out. Both are round-based, disable respawns, and have similarities with Search and Destroy, but they both have unique twists that set them apart from the competition. In Prisoner Rescue, teams are tasked with either rescuing or defending two hostages each round. Completing these tasks earns teams points. In contrast, Knock Out has a more straightforward strategy that merely calls for each squad to hold onto a bag of money placed in the map’s centre for 75 seconds to win a round. Both game modes quicken the action by constantly highlighting the goals and bringing teams together for intense shootouts. Most significantly, expect these dramatic clashes to go a long time because all players can be revived by teammates at least once.

There are currently just 10 maps available for each of the regular game styles. Even though it is unquestionably a modest number, it is tough to argue with it when each has a distinctive quality that makes you want to jump into it repeatedly. A good example is Zarqwa Hydroelectric, a desert setting with open and hidden water tunnels that players may swim through to move about the map covertly. Crown Raceway also appears to be developing a cult following. It is located in the middle of an F1 racetrack and is home to a complex of beautifully constructed structures, including garages, restaurants, and even lounges. No map is too little or too large, as each one provides space for weapons of all ranges to be effective.

The multiplayer’s UI tries to be as complicated as possible, which is my one major complaint about it outside of combat. The menus for the updated Gunsmith and progression system are the biggest offenders. With the advent of Weapon Platforms, Modern Warfare 2 partially abandons the conventional weapon unlock process of having to advance your overall rank. These take the form of progression trees where you are required to level up guns in a specific order in order to unlock new ones.

Even if it is unclear, it is not a terrible strategy for encouraging gamers to utilise every available weapon, especially since attachments may be shared by users on other platforms. But because attachments are intertwined with this system, you have to sift through a number of progression trees and menus to figure out how to unlock them. Even worse, some attachments don’t even include a description of their methodology. In conclusion, the system itself is unique, but figuring out what must be unlocked next is a difficult, time-consuming procedure that makes me wonder why the system was even created.

In the follow-up, perks have also made a comeback, however their selection has been changed. Players have the choice to wear four items at once with their unique loadouts in the multiplayer thanks to Perk Packages. The perks are divided into three categories: two Base Perks, a Bonus Perk, and an Ultimate Perk, which contains the best skills. There is a catch, though. Players will have to complete objectives and eliminations to earn their Bonus and Ultimate Perk, or they can wait up to four minutes for them to start working. Although I was initially concerned about carrying four perks, it allows players the opportunity to restore elements of the basic gameplay, such as the capacity for increased speed or less explosive damage. It’s also important to point out that the perks are carefully arranged so that no Perk Package can give a player an unfair advantage. 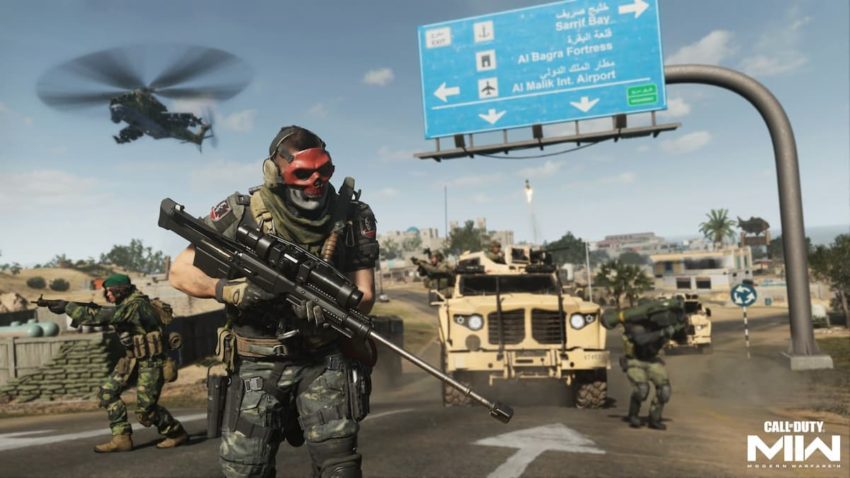 I’ll admit that every time a new Call of Duty game comes out, I think back on the ones that came before (yes, even Ghosts). Hardcore fans find it difficult to adjust when one of their favourite franchises changes. I went back to 2019’s Modern Warfare for the purpose of this feature, and I can now declare with certainty that maker Infinity Ward has greatly improved since then. With the exception of a rare framerate dip on Ground War maps, the current instalment is free of significant issues. The designs introduced for new modes and maps are the best at launch in years, and the assortment of weapons should please both newbies and veterans.

Modern Warfare 2’s multiplayer is still very much worth exploring despite having an overly complicated and underwhelming advancement system. Although its emphasis on realism is unexpected, the compelling, tactical gameplay it offers provides for thrilling matches that you can be sure won’t get stale. The online component of the show provides more than enough high-quality elements to keep you engaged for many hours of action-packed programming, even if its seasonal format does not deliver content that lives up to expectations.