An action-platform videogame called MultiVersus offers a wide variety of characters. The video game boasts a cast of well-known characters, but it also has some original mechanics. And in order to win the game, you must comprehend each one. Some gamers are perplexed by the attack decay that takes place during a fight or competition. This post will explain attack decay in MultiVersus and show you how to stop it.

Attack degradation happens when you repeatedly use the same techniques or skills against your opponents during a battle. Each attack you make lessens the damage you deal to your adversaries. Attack decay lowers hit stun damage as well. A visual signal showing the Attack Decay will be seen over your character. The visual signal will likewise vanish once you are no longer under the debuff.

You should experiment with various actions and skills because this is brought on by spamming or repeatedly using the same strikes. Additionally, you can experiment with other perks and combos to reverse the attack decay.
The strongest combos and benefits belong to some bruiser-type characters, including Batman, Bugs Bunny, or Taz. For additional information, see our guide to the ideal characters for combination strikes. 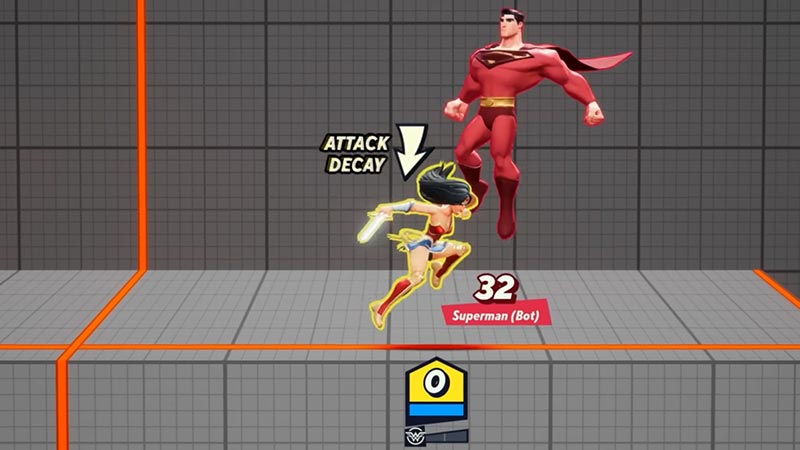 The debuff vanishes when you engage your opponents with various combos or skills.
You will thereafter be able to harm your enemies properly.
Attack Decay is, in my opinion, a really wonderful gameplay feature because it lets you experiment with more moves. You can hurt your opponents by using various combination strikes after attempting unusual moves.