In Overwatch 2, Junker Queen is a tough Hero to kill. When she attacks and injures someone else, her Andrelanine Rush ability heals her. She heals more quickly the more damage she causes. Because of this, Junker Queen is a dangerous and aggressive foe. Her weapon is a scattergun, which has two shots to instantly kill you. She can defeat opponents who can sustain damage over time by using Carnage. She may stop adversaries from getting healed after taking damage by using Rampage attack. Because of this, if you find yourself in Overwatch 2’s range of the Junker Queen, you’ll need a plan of action. 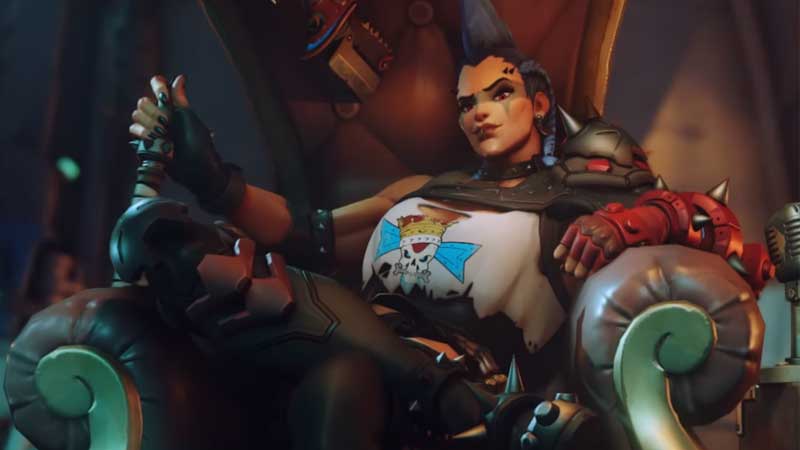 The low health bar of Junker Queen makes her vulnerable. She must therefore wish her foes well so that they will continue to heal her. The healing power of Junker Queen will be blocked by any ability, making her less effective in combat. So, in Overwatch 2, these are some of the finest characters who can defend against Junker Queen’s strike.

Orisa: Use an automatic heat-based weapon to deal significant damage. can launch an energy javelin that can knock back opponents.
Kiriko: Her allies’ status effects caused by Junker Queen can be reversed. They get exposed as a result, which provides your team a chance to do more harm.

Bastian: She may utilise her SMG to fire maximum damage shots at Junker Queen from a distance.
Tank: If you have a lot of health, you’ll have plenty of time to take on another tank in the game.
Quad Cannons and Piledriver are designed to deal significant damage to powerful players. can set up a minefield to deal a lot of harm to several adversaries.

Keep your distance from the Junker Queen; don’t expect to engage in quick close battle. At close range, she has a lot of strength. Ana is a good choice for this because her Biotic Grenade can negate Junker Queen’s healing power. The grenade, when thrown, will heal and increase the health of teammates. Additionally, it will harm foes and stop their healing. Ana employs a biotic rifle that has a comparable effect. Due of its long range, you can shoot while standing a distance away. It will harm adversaries while healing comrades.

Ana is a decent support player, but you need to move quickly if you want to use her against Junker Queen. Ana’s grenade can inflict a lot of damage and weaken Junker Queen if you can remain undetected and avoid being seen. This will help the allies knock her off balance.