Hotta Studio’s Tower of Fantasy, also known as TOF, is an open-world MMORPG with a sci-fi theme. You can play this anime-based game here while following the plot or just adventuring around the vast globe. You will face several adversaries along the way. Like the Behemoths, some of these foes are more powerful than others. A behemoth is a large enemy that resembles a boss that you can encounter all across Aida. I’ll walk you through every Behemoth location in Tower of Fantasy in this tutorial.

Tower of Fantasy’s Behemoth locations are all there.

Also see – Explained Where To Get Balloon Fruit? – Tower Of Fantasy – August 2022

Behemoth Enemies are Field Bosses that you can battle all around Aida, as I’ve already said. When you defeat them, you will receive many awards and a chance to find highly rare loot. You can unlock the Omnium Beast Vehicle by defeating the Behemoths numerous times. 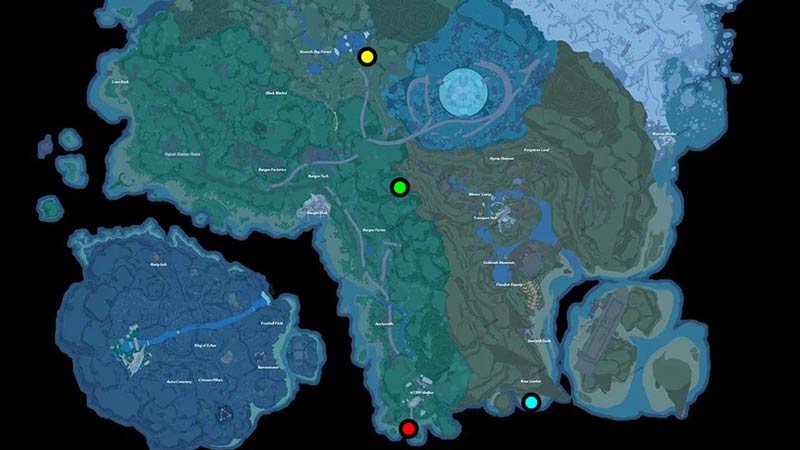 Behemoth Surtur – Red Marker
Cyan Marker: Utgarda the Behemoth
Yellow Marker: Mimir the Behemoth
The Green Marker for Bergelmir the Behemoth
Although you will be farming behemoths for vehicle parts, you can also get a lot of early-game experience points from them. From each of them, you can gain a minimum of 800 EXP. You can gain a good number of Levels by making a daily Route to their destinations. Additionally, if you defeat them for the first time, you will receive special gifts. To effectively farm the, first defeat Surtur, then Utgarda, then Mimir, and finally Bergelmir.

This was all about the Tower of Fantasy Behemoth Boss Locations. I hope my advice has been useful to you.

Explained How To Get Flame Gold – Tower Of Fantasy – August 2022