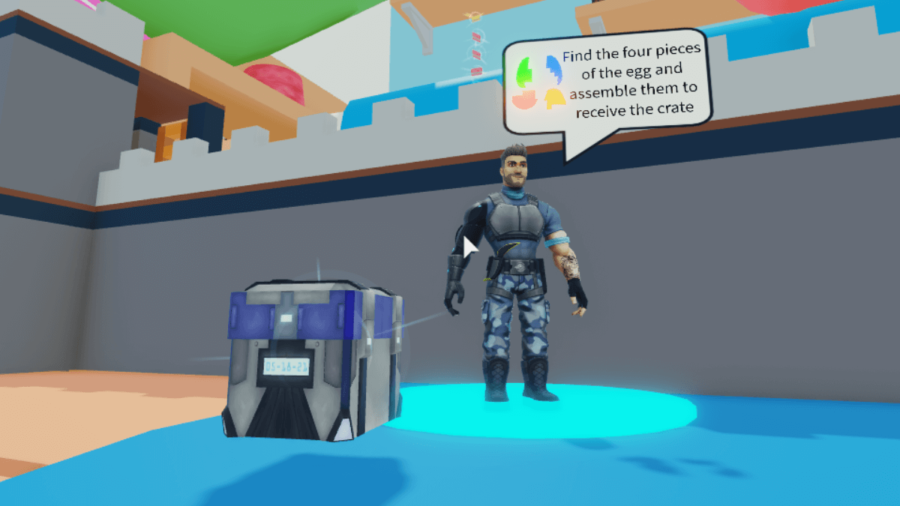 How to Obtain AJ Striker’s Chest Become a Toy

To obtain AJ Striker’s Crate Drop, As a Toy, you must collect the four components of the egg scattered throughout the map and deliver them to AJ Striker. Use the following link to join a match for this game: Become a Toy

The most difficult aspect of this task is that it is a sandbox physics game, thus many of the things are hidden or misplaced when you join a server. This makes it difficult to collect all of the parts. We were only able to finish it by hosting a private server, which may be what you need to do. 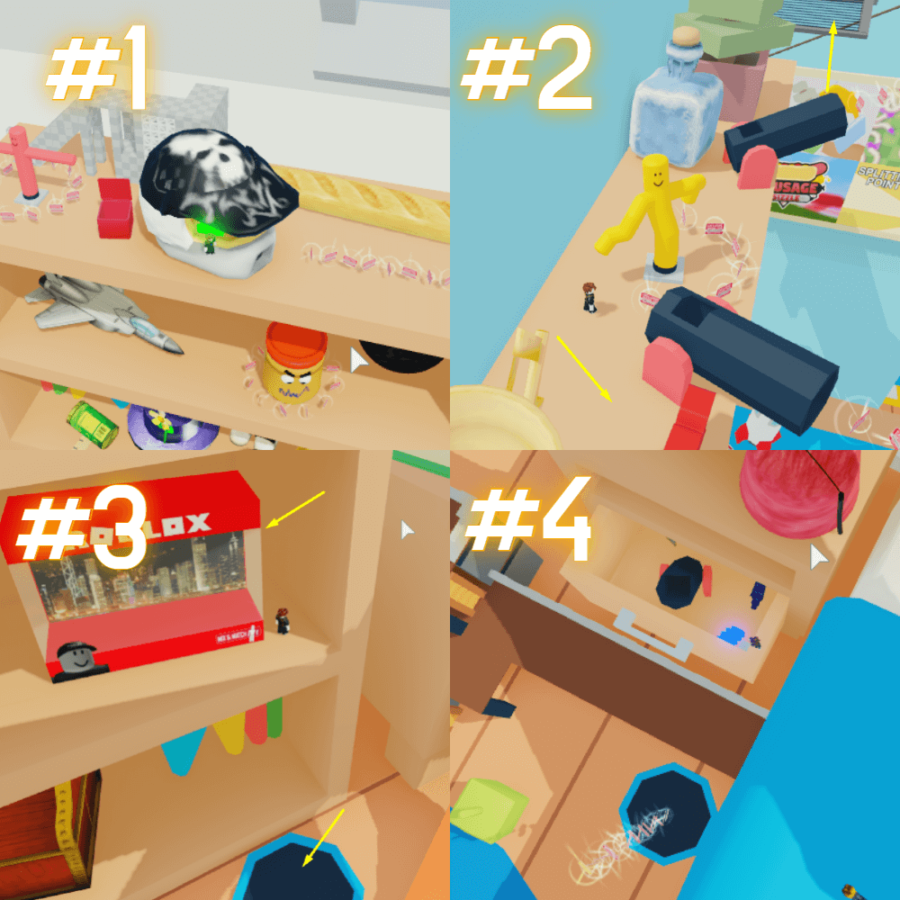 The locations of the four egg pieces are shown in the figure above. You must click on them to pick them up. It may not appear like you caught them, but if you did it correctly, they will float around with your character as you move. More specific instructions on how to approach them can be found in the list below.

#1 – Green: This piece is located on the tallest shelf, across from the window. A ladder to the top is located in the back corner of the shelf. Climb it and knock the Helmet off the shelf to grab the Green Piece hiding beneath.
#2 – Red: Located across the room from the Green Piece on the top shelf. Take the vent in the corner near the floor to get there. It will drag you to the top shelf and shoot you out. Walk around the objects in this area to find the Red Piece, which is hidden behind the Roblox sign.

#3 – Yellow: This item is on the same shelf as the Green Piece, but a few levels lower. Bounce up a few levels on the trampoline on the floor in front of the bookcase. Behind the Roblox box lies the Yellow Piece.
#4 – Blue: The Blue Piece is in the drawer, opposite the Green Piece on the shelf. Double-jumping will get you to the dresser. The Blue Piece can be found inside, near to the Cannon.

Your goal is complete once you have brought all four parts to AJ Striker. The egg will naturally bring itself together, and AJ will then offer you his Crate Drop.

How do you get crates in Metaverse champions?
You only need to survive an entire round to obtain the Crate Drop. We’re not sure if this works when you’re picked to be the Hunter. This is one of the simplest Metaverse Event jobs and should take you no longer than 10 minutes to accomplish. 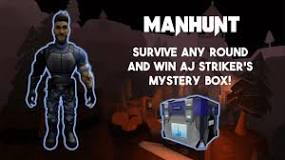 How do you get AJ striker box on Roblox?
To obtain AJ Striker’s Crate Drop in Be a Toy, you must collect the four pieces of the egg scattered throughout the level and deliver them to AJ Striker. 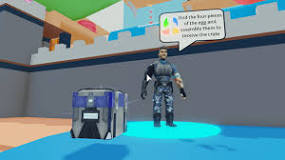 How do I get the red Valk toy code?
It is available as a chaser code included with a Roblox toy, specifically one from the Action Series 5 or Celebrity Series 3. Toys (mystery figures, core packs, and game packs) released between January 2019 and June 2019 are included.
What is Medverse?
It is essentially an universe of infinite, interconnected virtual communities where individuals may meet, work, and play utilizing virtual reality headsets, augmented reality glasses, smartphone apps, or other devices.
How do you get AJ’s drone swarm?
This item was available via AJ’s Crate Drop #4 during Week 4 of the Metaverse Champions tournament.
How do you get crate drops?
You must beat the Monolith Boss to obtain Crate Drop #4 (available from May 5 to May 14). We completed this challenge solo at Level 1 using only a Wooden Sword, so it is entirely achievable. Assuming you’re prepared for the fight, begin it by pressing Play and selecting the Monolith Boss option.