Hotta Studio’s Tower of Fantasy, also known as TOF, is an open-world MMORPG with a sci-fi theme. You can play this anime-based game here while following the plot or just adventuring around the vast globe. Eight text languages and two voiceover languages make up TOF’s extensive language support. If you don’t like the Language used in your game right now, you might wish to change it. I’ll explain how to change the language in Tower of Fantasy in this guide.

How to Modify Tower of Fantasy’s Language

There are numerous language possibilities in Tower of Fantasy. As a result, you can mix and match the Languages of your choice. It won’t take long to complete this and is rather simple. This is what you need to accomplish. 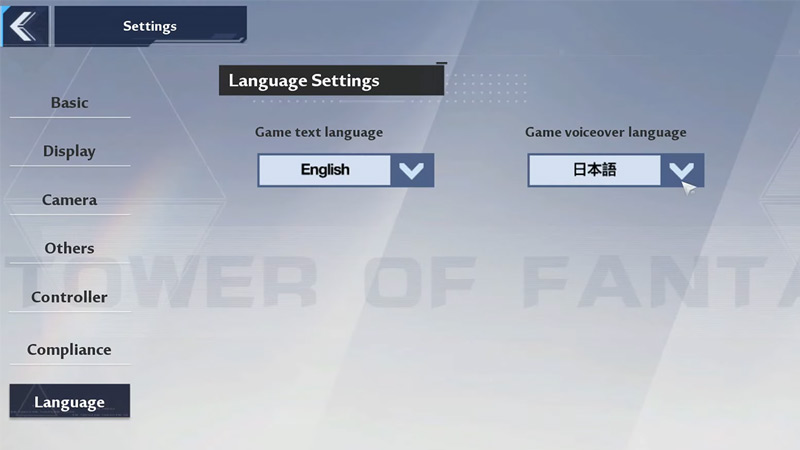 Activate Tower of Fantasy.
Click Settings after entering the game.
Pressing the ESC key will bring up the settings menu.
Select “Language” from the Settings menu.
You can choose the languages you wish from the Language Page after clicking this.
Game Text Language and Game Voiceover Language will be distinguished from it.

Select your language(s) from the Dropdown list by clicking on it.
You must restart the game after you have finished selecting.
You should see that the Language changes have been applied after resuming.
To change your language in Tower of Fantasy, try this. There is another approach if it doesn’t. removing the MyCultureName file in the Hotta/Content/PatchPaks Folder after entering the game’s files via the Launcher. Your game should now be adjusted to the English language.

All of this was about changing your Tower of Fantasy game language. This advice has hopefully been useful to you. Check out our other guides if you want.