Pokemon Legends Arceus has a tonne of desirable Pokemon on its vast domains. Although the majority of series fans are familiar with them, you still need to catch them all. For those who desire to evolve Stantler to Wyrdeer in Pokemon Legends Arceus, refer to this guide. In the Hisui area, here is how you can acquire this Pokemon while finishing your Pokedex.

To become a Wyrdeer in Pokemon Legends Arceus, evolve Stantler.

Despite being a Pokemon of the Normal type, its oddly formed antlers have the power to enchant anybody who sees them. To evolve Stantler in Pokemon Legends Arceus, follow these simple steps:

If it’s not in your Satchel, we need to catch a Stantler first.
The ideal location to go in Legends Arceus is Deertrack Heights in the Obsidian Fieldlands. In this part of the Hisui region, there are a lot of them.
They are really simple to catch; all you need to do is weaken them with one of your Pokemon before capturing them.
When you have a Stantler, you must first activate his Psyshield Bash skill and then level it up to its highest level. 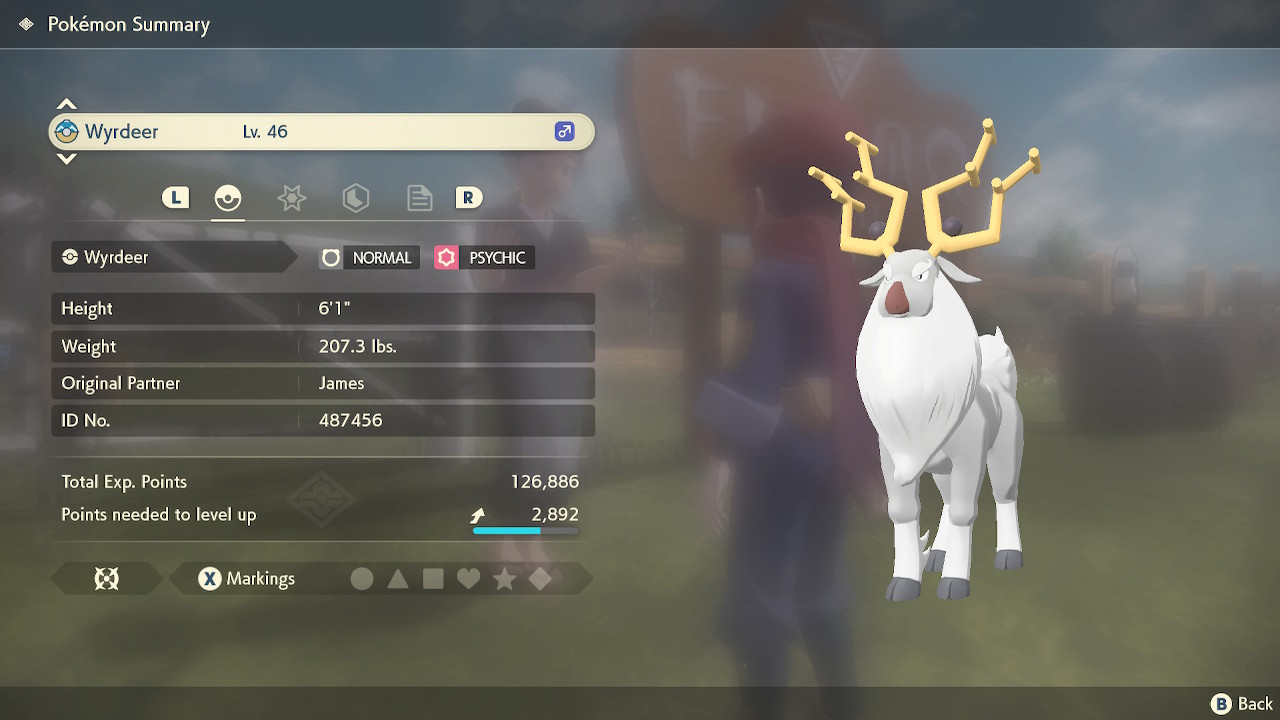 When you accomplish it, in addition to the Strong Style assault, Stantler’s Agile Style attack will also be available.
In Legends Arceus, you must use the Agile Style on your adversaries at least 20 times before Stantler evolves into a Wyrdeer.
The Pokeball of Stantler will be highlighted in your Satchel if you have used Agile Style sufficiently. To evolve it to Wyrdeer, press A.

The Psyshield Bash is learned at level 21, even though no specific level is listed. Your Stantler will therefore be level 31 by the time you get it maxed out. It follows that Level 31 must be reached in order to evolve Stantler.

That is all there is to know about evolving Stantler in Arceus in Pokemon Legends.

In Wyrdeer, how does Stantler change?

Stantler’s Psyshield Bash can evolve into Wyrdeer, a Normal and Psychic-type Pokemon, after being used 20 times in Agile Style.

How come my Stantler won’t develop into a Wyrdeer?

It is based on a single move rather than a player’s level or an evolution stone. Basically, it must become proficient in Psyshield Bash in order for Stantler to develop. You must first level Stantler up to level 31, where this move is naturally learnt.

How does Wyrdeer Arceus evolve?

Trainers must acquire Stantler to perform Psyshield Bash in Agile Style 20 times in order for it to develop into Wyrdeer in Pokémon Legends: Arceus. Psyshield Bash is a move that Stantler can learn at level 21, although it won’t become proficient until level 31.

Can you ply a gleaming Wyrdeer?

Unfortunately, you can only capture these Pokémon in their shiny form; they cannot be mounted.

Wyrdeer can you capture him?

The player must capture a Stantler and evolve it into a Wyrdeer in order to obtain one. The Hisui region is devoid of wandering Wyrdeer. Stantler must use Psyshield Bash in Agile Style 20 times throughout battles in order to develop. When Stantler reaches level 21, it learns the move Psyshield Bash.

Here is How To Evolve Magmar : Pokemon Legends Arceus June 2022