Unquestionably, one of the all-time most played Battle Royale games is Fortnite. The developers have always done their absolute best to keep the players interested by releasing fresh updates. There was always diversity in this game, whether it was a collaboration with another franchise or the introduction of new cosmetics. One of the most well-known additions to the Fortnite Universe is Marvel, and we’re talking collaborations here. Spiderman, Star-Lord, Captain America, and even the ruler of Latvia, Doctor Doom, have all appeared in previous Marvel Cosmetics. The Strongest Avenger’s aesthetic was the only thing missing. You guessed it right—the topic at hand is The Incredible Hulk! Read this guide through to the end to learn how to obtain Fortnite’s Hulk Skin.

Also see – [Explained]- What Is Shoot House In Modern Warfare 2?

How to Get the Fortnite Hulk Skin 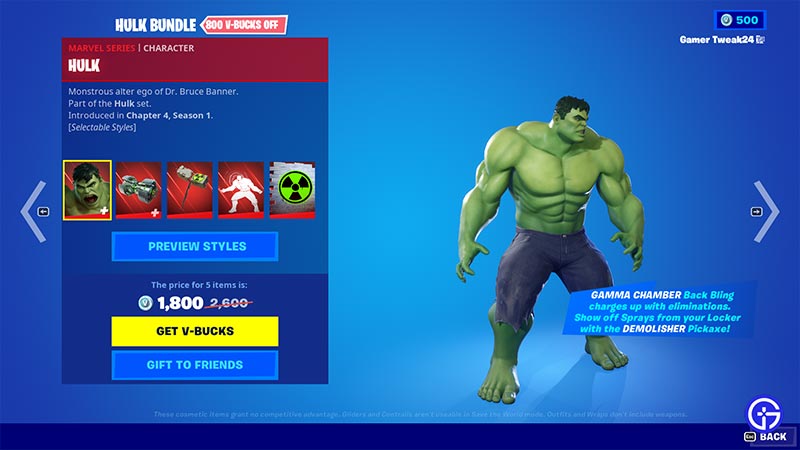 Fortnite’s Chapter 4 of Season 1 has received numerous new improvements, including a few Hot Spots. In addition, fresh Bundles containing a variety of rare treasures are regularly released into the Stores. Despite being the most beautiful skin of the season, the Hulk Skin is only available in Fortnite Chapter 4’s Hulk Bundle. The only way to obtain this cosmetic and make a statement in the lobby is in that way. In addition, the Hulk Bundle is available for a total cost of 2600 V-Bucks. But at the time this article was being written, it could be purchased for 1800 V-Bucks.

You will also receive a few other goodies in the Bundle in addition to the Hulk Skin. Additionally, there is a Gamma Radiation Warning Spray, Demolisher Harvesting Tool, Gamma Chamber Back Bling, and another kind of the Hulk.

Everything about how to obtain the Hulk Skin in Fortnite has been explained.