The nine kingdoms of God of War Ragnarok are home to a vast array of resources. It follows that it is not surprising that players won’t be aware of where all of them are. For instance, a lot of gamers are unsure about where to find Svefnthorn in God of War Ragnarok because it’s not known where it is. When you wish to acquire top-tier armour and equipment, Svefnthorn is very helpful. So, if you’re hunting for this item as well, you’ve come to the correct spot because everything you need is in this tutorial.

You will undoubtedly run into Svefnthorn while completing the Lost Treasure favour. It is the prize for carrying out the favour, which entails defeating optional boss Ormstunga. If you want to take on Svefnthorn, we advise you to look at the beating him tutorial by clicking the link.

Go to the Dragon Beach in Svartalfheim to start your search for Svefnthorn in God of War Ragnarok. You must travel all the way to the statue in Alberich Hollow from the beach’s edge. Turn left and enter the cave from the statue that serves as the mark. 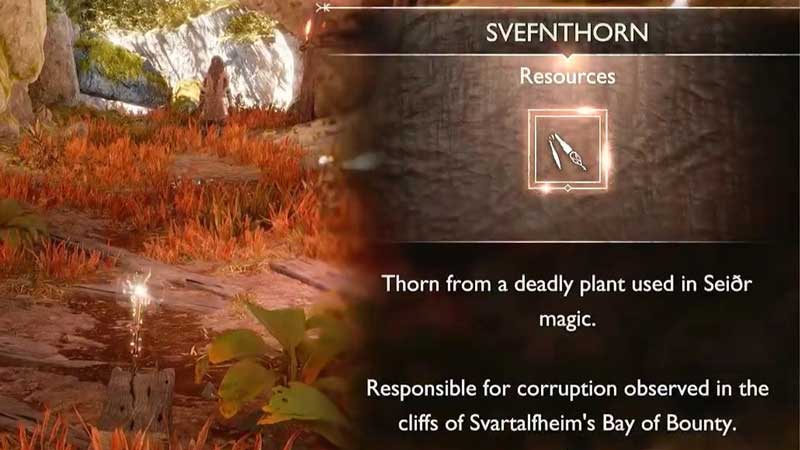 A few foes will await you inside the cave. You will encounter sections that are blocked by impediments that you cannot get rid of with any of your weapons as you go. When facing such challenges, keep an eye out for glowing pots nearby. After engaging with them, you’ll receive Rock Bombs that can remove the obstructions.

When you reach the final end, Ormstunga’s defeat will be the last thing left to do. In God of War Ragnarok, defeating him earns you access to the Svefnthorn. Now that you are aware of the location, hurry there to obtain this resource.

That is all there is to say about Svefnthorn’s location in God of War Ragnarok.