If you want to utilize something other than a torch for lighting, you can check into redstone lamps. Redstone lamps are a more attractive option to the humdrum torch; while they provide the same amount of light, they can look nicer and provide a modern air to your home that torches do not. A redstone pulse can be used to turn them on and off.

To create a redstone lamp for yourself, go to the nether and grab some glowstone. Shatter the glowstone with a silk touch tool to get the full block, or break it with any other tool to turn the glowstone dust into a glowstone block.

Redstone can be found deep in mines at “Y” level 15 and below. You will need at least an iron pickaxe to obtain the redstone dust from the ore.

Making a Redstone Lamp in Minecraft

To construct a Redstone light for yourself, journey to the nether and acquire some glowstone to make a glowstone block. Then, in the centre of the 3×3 crafting grid, insert the glowstone block and surround it with four Redstone blocks, one on each side.

Get to the nether and look for the glowing yellow bricks that can be found in groups high in the nether.

It is risky to try to get glowstone. Take some blocks to keep yourself from falling from a great height or into lava. When you break glowstone, two to four bits of glowstone dust are released. The entire block will drop if you use silk touch. If you use a fortune charmed tool, the likelihood of it dropping more dust increases, but it will never exceed four.

Return to the overworld in search of some redstone ore. The ore is distinguished by its red flecks and glows when struck or walked over.

Take an iron pickaxe to them to collect the redstone dust you require. Make a glowstone block with your components at a crafting table.

By arranging four glowstone particles into a 2×2 space, you can build a glowstone block.

You can skip this step if you have a silk touch tool. To build your redstone lamp, set your glowstone block in the centre, surrounded by redstone dust.

This has no effect on the amount of light emitted by the lamp, and it is a lovely light fixture for any home. Just make sure it has enough juice. How does a Redstone Lamp work?

To turn on, a glowstone lamp requires a redstone pulse.

When you pull the lever, all of the lights come on. 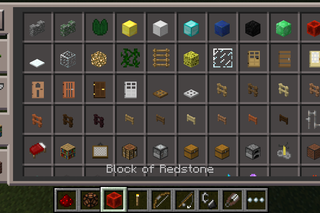 To conceal the wiring, build some stairs and use them as a roof.

You might have to get inventive in hiding the redstone that leads up to it. To do this, I created a hallway that is somewhat thicker on the exterior. 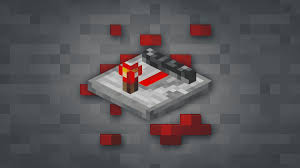 Working with redstone can be awkward, but it can encourage you to add shape to blocky constructions and extend rooms.

Q. How do you keep a Redstone Lamp lit?

A. A redstone lamp can be kept lit by placing a redstone torch on its side. You can also use levers to keep the lights on. I like connecting redstone to the lamp and concealing the redstone with bricks.

A. Redstone lamps and glowstone both emit a brightness level of 15, which is comparable to torches. The only difference is in look and the control provided by the redstone lamp. Making an entire room dark may seem contradictory, but lighting up the majority of the space and complimenting it with a redstone lamp that can be turned on and off can help tie a room together.

What causes a Redstone lamp to light up?

How can one light a Redstone lamp?

Redstone lights are redstone mechanisms that can be activated by an adjacent active power component, including above or below: for example, a redstone torch (except that a redstone torch will not activate a redstone lamp to which it is attached), a redstone block, a daylight sensor, and so on.

In Minecraft, what emits the most light?

How do you make Redstone dust glow?

To power the redstone, you must connect it to a power source. Up to 15 blocks of power can be sent. The glow in the redstone dust fades until the final piece is utterly powerless. The power carried by redstone will be transmitted to adjacent blocks.

In Minecraft, how do you construct a fairy light?

A horizontal combination of iron ingot, string or stick, iron ingot, and any combination of lights to designate a pattern is used to create fairy lights (left-right, top-down). The hanging lights will twinkle if glowstone is used.

How to Place blocks in Minecraft mac without mouse

How to place blocks in Minecraft Mac

How to Place Blocks in Minecraft With Keyboard